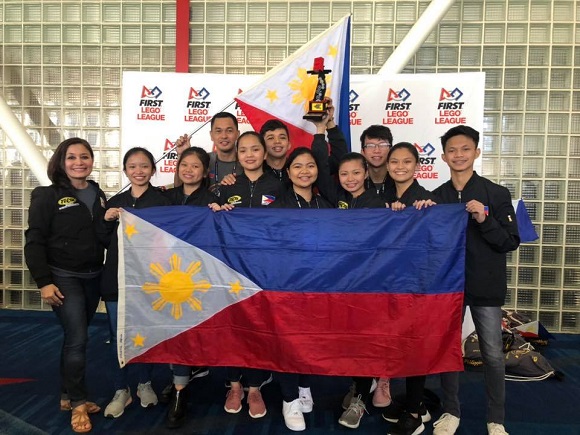 A cozier life in space awaits astronauts, thanks to the impressive creations of The Philippine Robotics National Team. Their awe-inspiring robots earned two coveted awards in the recent For Inspiration and Recognition of Science and Technology (FIRST) Lego League World Championship held in Houston, Texas, USA on April 15-21, 2019.

Their winning piece is a virtual reality game that connects astronauts in space to their families on earth through live virtual reality video chat with physical interaction through a robot. This year’s challenge, INTO ORBIT, tasked students to explore how to solve the physical and social problems associated with long-duration space flight. 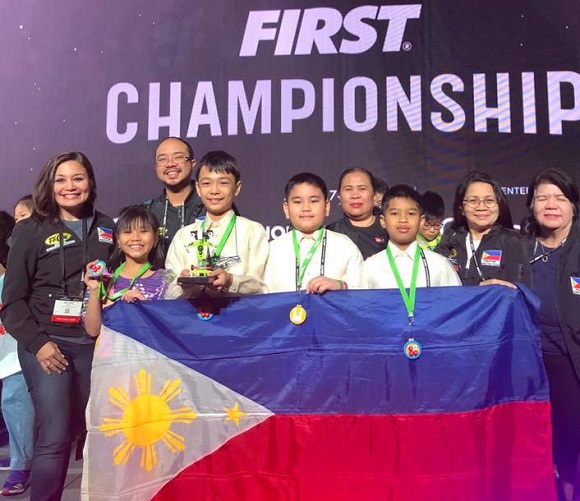 Meanwhile, Team CYLLO won the Explore and Discover Award with their project that aims to solve the problem of supplying enough food and oxygen to astronauts on the moon by creating a robot that can sustain the life of cyanobacteria. The challenge for the Junior League, MISSION MOON, was to learn about the Earth’s moon and what is needed to live there.

Dubbed as “the world’s largest celebration of STEM for students”, the FIRST Championship brings together tens of thousands of students from around the world who participate in the K to 12 Robotics program. This year, around 34,000 teams participated and only 109 teams reached the World Championships.

“The Philippines holds the Champion Award center stage in International Robotics and will continue to excel and showcase the brilliance of the Filipino Youth,” according to FELTA Multi-Media Inc. President and CEO Mylene Abiva, who accompanied the team and is the National Organizer of the Philippine Robotics Olympiad/FLL Philippines and the first and only World Robot Olympiad Ambassador.

Department of Science and Technology-Science Education Institute (DOST-SEI) Director, Dr. Josette Biyo, lauded the team’s triumph in the international stage. “We thank our young robotics champions and the people behind their team for bringing honor to the country and inspiring others to get into robotics. This victory further motivates us at DOST-SEI to continue supporting our emerging robotics experts,” Dr. Biyo said.

The Philippine Robotics National Team is set to compete again at the FLL European Open Championship in Izmir, Turkey on May 20-27, 2019.