PHL set to compete in the world’s toughest math contest 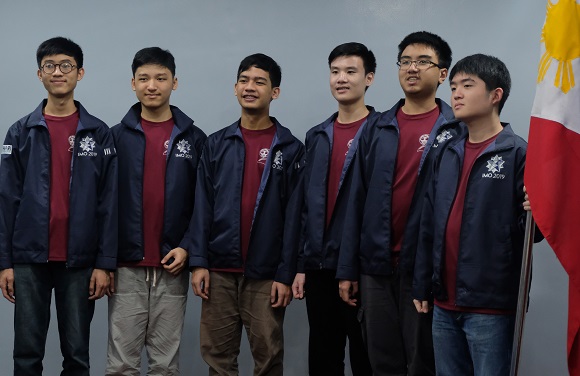 After going through a series of competitions and intensive training, six high school students were chosen to represent the country in the 60th International Mathematical Olympiad (IMO) from July 11-22, 2019 in Bath, United Kingdom.

Team Leader Dr. Richard B. Eden and Deputy Leader Dr. Christian Paul O. Chan Shio, both of Ateneo de Manila University, and Observer Mr. Russelle H. Guadalupe of the University of the Philippines – Diliman will guide the students in the competition.

The IMO, held annually in a different country, is dubbed as the most prestigious and most difficult high school mathematics competition in the world. This year, it will see 636 students from 113 countries.

Sanchez, Ty, and Dela Cruz placed first, second, and third respectively in the National Stage of the 21st PMO held last January 2019, while Gonzales and Ty each won an Honorable Mention Award in the 59th IMO.

In a message at the team’s send-off program last June 29, 2019, Department of Science and Technology - Science Education Institute (DOST-SEI) Director Josette Biyo thanked the team and everyone else who has been instrumental in their training and participation.

“We wish you all the best in the upcoming weeks. Already, you are winners in the eyes of our people,” Dr. Biyo said.

While the prospect of winning gold for the country is the team’s ultimate goal in joining the IMO, “being part of the 2019 IMO team is already its own reward,” said Dion Stephan Ong.

“The IMO has been my source of fun and leisure throughout my high school life. While I may have been different from my peers in school, the IMO has taught me lessons that I would not have learned elsewhere, and I do not regret spending four years of my high school life preparing for it,” Sean Anderson Ty said.

The country's participation in the IMO is a project of MSP and DOST-SEI, with support from major sponsors Hyundai Asia Resources Inc. (HARI) Foundation and Manulife Business Processing Services. (30) 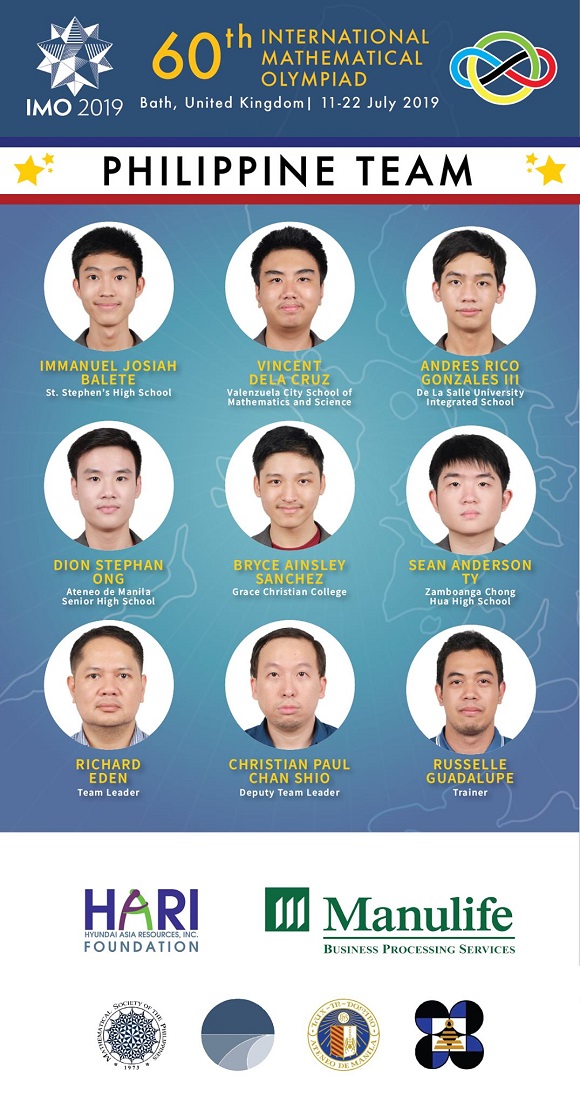 The IMO Philippine Team is bent on showcasing the best of Filipino mathematical abilities in what is regarded as the grandest stage in mathematics. Photo courtesy of the Mathematical Society of the Philippines (MSP) / Go for Gold: Philippine IMO Team Facebook page.