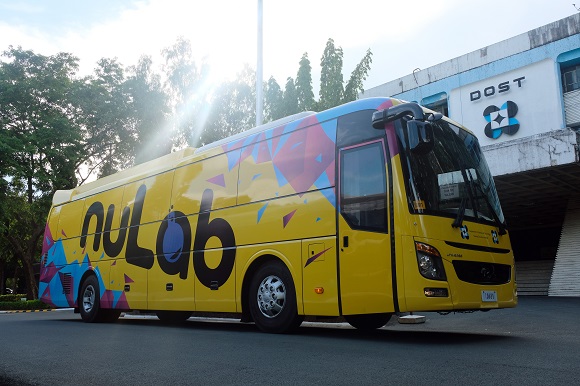 STEM in Motion. NuLab mobile science learning facility joins the festivities of the 2019 National Science and Technology Week (NSTW) at the World Trade Center in Pasay City for its initial run.

Senior high school students can get a glimpse of the emerging science careers in “nuLab”, the new mobile science learning facility of the Department of Science and Technology-Science Education Institute (DOST-SEI).

This is DOST-SEI’s second science bus for Filipino learners, following the success of the Science Explorer, which has served around 32,000 elementary and high school students in more than 100 municipalities all over the country since 2010.

The modules are specially designed to help students discover their potentials in the various STEM fields and to encourage them to take tertiary courses where they are most inclined to succeed and excel. In nuLab, students are also encouraged to apply to the DOST-SEI Undergraduate Scholarships, the agency’s flagship program.

During nuLab’s launch at the 2019 National Science and Technology Week (NSTW) on July 17, 2019 at the World Trade Center in Pasay City, DOST-SEI Director, Dr. Josette Biyo, expressed hope that nuLab would be as successful as the Science Explorer in reaching out to target beneficiaries. 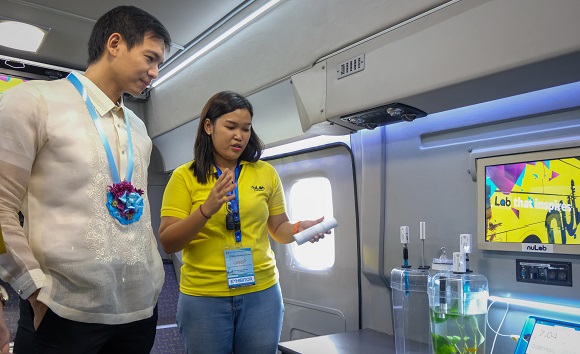 DOST Brand Ambassador, Mr. Chris Tiu, checks out the nuLab bus during its launch at the 2019 National Science and Technology Week (NSTW).

Equipped with a huge interactive board, individual monitor for students, laboratory-grade equipment, wireless sensors and more, nuLab offers a modern mobile learning environment that can help pique students’ interest in the sciences. It can accommodate 24 students in one session and hold two sessions per day.

For its first-ever road trip, NuLab will visit the province of Ilocos Norte on September 17-19 and will cross the sea for the first time to serve students in Iloilo on October 21-24. It will close out the year by inspiring students from Bontoc, Mt. Province on Nov. 18-22. (30) 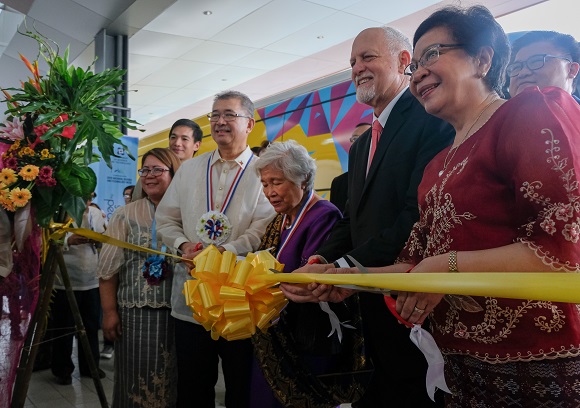 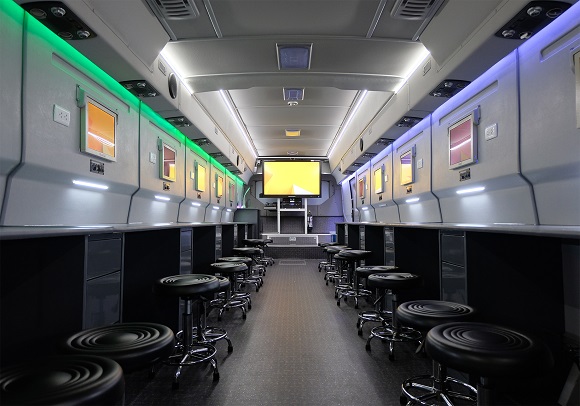