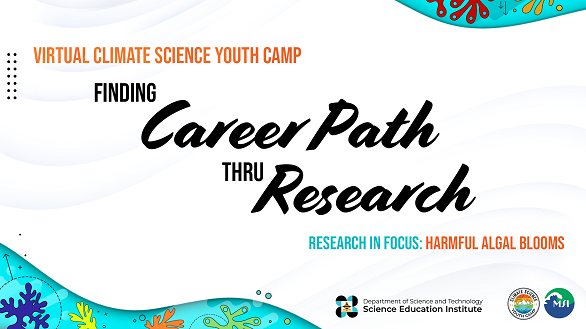 In response to the new education and career landscape brought about by the COVID-19 pandemic, the Department of Science and Technology – Science Education Institute (DOST-SEI) recently held a special online edition of its Climate Science Youth Camp to help high schoolers plot their future.

Held annually since 2009, with only a brief respite in 2020 due to the pandemic, the DOST-SEI Climate Science Youth Camp brings together scientists and researchers to give students and teachers a close-up glimpse at nature and how to take care of it.

This year’s virtual Camp was focused on the phenomenon of Harmful Algal Blooms (HABs), or the proliferation—sometimes due to pollution or climate change—of microscopic water plants that are toxic to many animals, including people. However, in addition to its usual emphasis on climate science, the Camp also focused on helping kids make sense of the post-pandemic landscape with the theme, “Finding A Career Path Through Research.”

“We weaved a story between what we are doing for the HAB program and the routes we took towards science and our contributions in the program,” Yñiguez explained. “We have diverse roles but our paths towards what we're doing now don't necessarily follow the expected—from computer scientist to geologist to marine informatics, or biology and computer science or community work.”

“We wanted to show that you can and should be creative and innovative in approaching science and potential careers in research,” she added.

DOST-SEI Director Josette T. Biyo urged participants to pursue careers in science regardless of their backgrounds. “We hope that this camp has helped students get a better idea of the careers that are open to them. Anyone from any walk of life can help protect the environment, and anybody with a healthy amount of curiosity can learn to become a scientist,” she underscored.

The 2021 Climate Science Youth Camp was attended by over three dozen students and teachers, from the NCR as well as from as far away as Region III and Region IV-A. The DOST-SEI plans to expand the Youth Camp offerings to include even more regions and participants, with meteorology and geology as key topics for 2022.
(30) 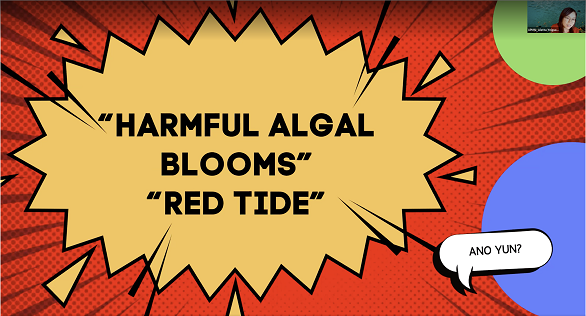 Camp Director, Dr. Aletta Yñiguez, and other scientists from UP MSI talked about the project called “Hazard Detection and Mitigation Tools for Algal Blooms in a Changing Environment” also known as the HABHazard program before the participants of the Virtual CSYC. 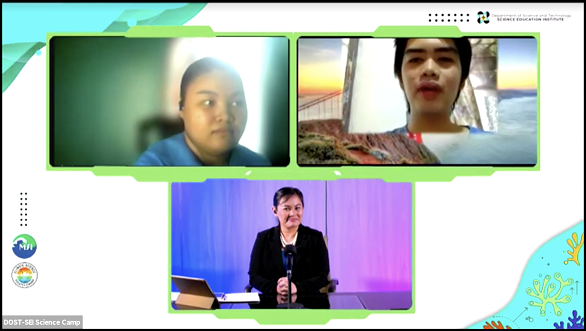 Campers from 20 public high schools from NCR, Region III, and Region 4A got to ask the speakers questions about HABs and how they built a career in research.