From the mundane mysteries such as sleep and solar power to social issues such as vaccine hesitancy and environmentally-sustainable fishing traditions, everyday science comes to life in the able explorations of the young documentary filmmakers of the Department of Science and Technology – Science Education Institute’s (DOST-SEI’s) 5th Indie-Siyensya Filmmaking Competition.

Over five dozen entries from schools and individuals all across the Philippines, from Abra to Maguindanao, joined the contest. Their entries consisted of short documentaries relevant to the theme “The Scientist in Me,” aimed at explaining the science behind everyday things.

DOST-SEI specifically chose the theme in response to the need for public safety in the wake of the COVID-19 pandemic, as well as a way to encourage the youth to see science as an essential part of their everyday lives.

“Science is so much more than just a set of facts: it is a way of life, a way of seeing the world,” said DOST-SEI Director Dr. Josette Biyo. “This innate ability to see the world anew is a philosophy of hope that is much needed, especially in these times. It is for this reason that we chose the theme, ‘The Scientist In Me.’”

Even despite the constraints of the pandemic, the entries didn’t disappoint.

For the “Youth Category” for high school, tertiary school, and out-of-school youth aged 13-20, the winners were:

For the “Open Category” for college students, teachers, and S&T professionals, the winners were:

1. “Sinag,” a look at the surprising science of solar power, by Richelle Joan Gareza Enriquez of the Polytechnic University of the Philippines (NCR)
2. “Super Sci Yan,” an exploration of alternative energy sources, by Kenneth Peterson F. Leviste of Arkos Digital (NCR)
3. “Yankaw,” an investigative documentary of a sustainable traditional Filipino fishing practice, by Khristine L. Sandoval of NU Sports Academy (Laguna, Region 4A)

The films were judged based on scientific content, idea execution, and filmmaking technique. At stake for each category were trophies and cash prizes worth PhP100,000 for the Best Film, PhP50,000 pesos for the second prize, and PhP30,000 for the third prize.

In addition, both “Marvels of Science: Non- Newtonian Fluid” and “Yankaw” also received the Viewer’s Choice Award, amounting to an additional PhP20,000 each.

The winning entries may be viewed for free at the following link. 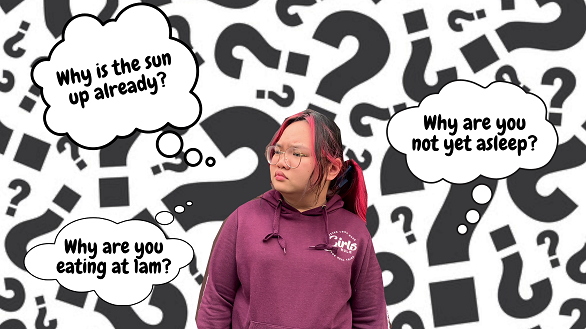 Screen capture from the Best Film in the Youth Category entitled “Snooze,” a documentary on the science of sleep, created by Micah Paulina C. Limlengco of Philippine Science High School - Southern Mindanao Campus. 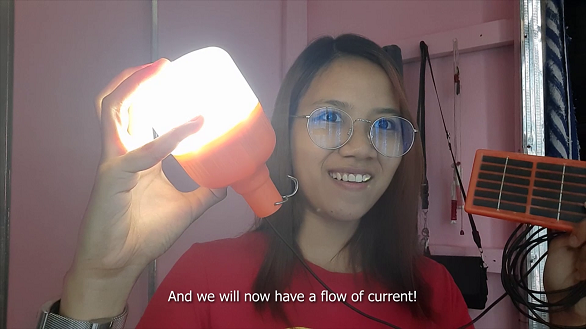 Screen capture from the film “Sinag,” which looked at the science behind solar power, featuring Richelle Joan Gareza Enriquez of the Polytechnic University of the Philippines (NCR).