The Department of Science and Technology - Science Education Institute (DOST-SEI) would like to assure the public and all stakeholders of its continuing commitment to ensuring the safety and welfare of all our scholars amid the ongoing COVID-19 pandemic. We recently consulted with the various universities under the National Science Consortium (NSC) towards revisiting our existing policies and revising these where possible so as to help our scholars better cope with these trying times.

In particular, we are looking at ways to help our scholars receive funding in a more timely manner given the adjustments and concessions that universities have had to undertake in the wake of the pandemic. We are also revisiting our policies on the disbursement of funds so as to better provide for their needs above and beyond the demands of the classroom—an urgent concern, given how many of them have been thrust into the thick of research early in their programs. 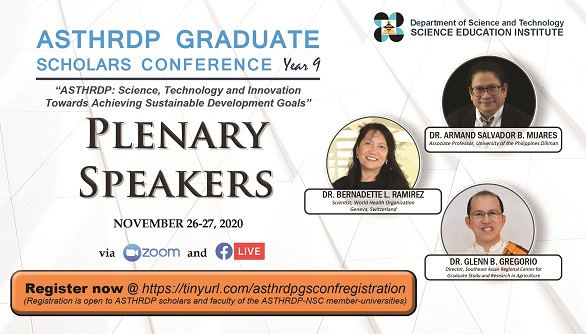